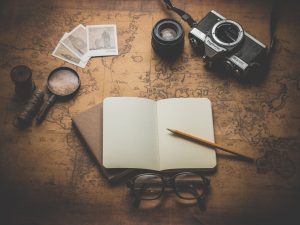 The study presents some interesting findings on the potential use and benefits of analytics to develop statistical case screening. Whilst it also indirectly validates the current efforts of the security industry in developing ever better CCTV and video analytics solutions, for me it also raises some questions on the broader impact of case screening, such as the possible risk in actually harming the public’s perception of the police, increased insurance premiums for those whose crimes are not likely to be investigated, as well as the risk of simply moving crime elsewhere such as to the most vulnerable in society.

Shannon and Coonan stated that burglaries are one of the most common crimes in Ireland with 3% of households burgled each year. In order to tackle this problem, Garda Síochána implemented an anti-crime strategy that achieved a 34% reduction in the number of burglaries compared to the previous period, but at the same time detection rates dropped by 21% and at the time of the study 85% of burglaries in Ireland went undetected. In their article, they address how case screening can be used to achieve organisation efficiency goals and address stakeholder concerns by increasing detection rates through focusing on burglaries that they are most likely to detect.

One of the very interesting outcomes of their analysis was the determination of the five most powerfulpredictors of detection after day 1 of the investigation (cases solved on the first day were not included in the analysis).

They summarised that had the checklist been applied to burglary cases in 2014/15 Garda Síochána would have continued to investigate 50% of burglaries after day 1 and that detection rate of these cases would have increased by about 50% (from 9% to 14%). 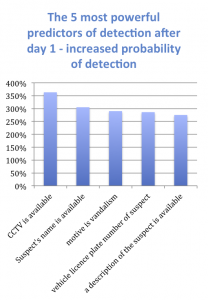 Is case screening based on data analysis a valid way forward?

In times of both on-going austerity and ever increasing demands on police resources such as high levels of unexpected and unplanned for immigration, along with increases in terrorism, there is a very real need for police resources to be used in the most efficient way to achieve the highest levels of both crime prevention and detection. Whilst seasoned police officers probably already use their own informal checklists and intuition to determine where to best focus their efforts, this formal statistical approach could be used to both validate the informal methods and introduce a consistent approach across all the officers. Of course, some tolerance must also be applied and certain cases will still require ongoing investigation due to the nature or severity of the crime, even if they fail the checklist.

Whilst the study by Shannon and Coonan is focused very much on how to achieve operational efficiency, it does not really consider the potential wider impacts of implementing such an approach.

For example, what will be the impact on the general public and the victims of crime if such an approach is formally adopted? Burglaries are often a very personal crime with great emotional impact when your home is robbed and vandalised. It can be assumed that the general public expect the police to investigate these crimes and do their upmost to try and solve them, even if the public’s expectation of them actually managing to do so is not always that high.

If it becomes known that your local police force uses this type of approach to limit the crimes they will investigate, how will it affect the relation between the public and the police? For some, particularly those who are able to invest in technology to protect themselves, there will be an increased confidence in the Police but for others (perhaps even a majority of victims) there may be a feeling of neglect and of ‘2-tier’ crime-fighting. In this case anti-police sentiment can be expected to increase. Will insurance companies push up premiums for those people whose crimes would fail the checklist e.g. no CCTV at or around their property? Will this approach also have the effect, as has been seen with other initiatives, of simply moving the crimes elsewhere and to perhaps the more vulnerable in society?

Whilst, we can conclude from the findings of the study that implementing formal case screening, based on statistics, could achieve a higher level of operational efficiency for the police, further work and pilot studies would be necessary to confirm the validity of the findings. Any such large-scale adoption of such an approach should also be carried out with further studies into the wider socio-political impacts and to ensure that any operational gains here don’t simply move the crimes elsewhere or to the more vulnerable in society.

Some findings for the security industry

Although Shannon and Coonan’s article did not set out to address security technologies, its findings do support those of previous studies along with current industry initiatives. The findings reinforce the significance of CCTV as perhaps the single most important factor in solving burglaries, along with the name or description of the suspect, and the registration plate and/or description of any vehicle involved. These factors reaffirms the necessity of the security industry efforts to develop better and more widely deployable products, such as advanced analytics for facial recognition, vehicle and number plate recognition along with highlighting the increasing opportunity to sell cost effective solutions into the domestic market place (such as we are seeing with Nests IQ Cam). Of course, for these systems to be really effective they must be installed in such a way that they give the maximum protection and be maintained and operational at all times.

You can download a full copy of this article in pdf here.